We were a pretty big crowd.  Including the 11 veterans, the TU guides, the supporters and donors, we must have numbered at least 75 souls.  The room was packed shoulder to shoulder.  We had gathered at a local restaurant on Friday night to get the introductions made and lay plans for a weekend of fishing in the beautiful north mountains around the town of . 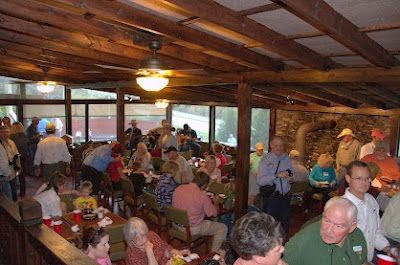 Amidst the noise and between bites of pizza and pasta, the local TU volunteers in our Veterans Service Program from the area’s four chapters engaged with the vets who had traveled from varied locales across the southeast.  Some conversation came easily and some did not.

As with all of our outings, we had vets with visible injuries.  There was no shortage of canes, braces and other walking aides - and there were vets with the hidden wounds of PTSD and Traumatic Brain Injury. For them, the dialog was protected.  Loud conversations and the general mayhem of big gatherings do not mix well with these folks.  Over near the wall sat a perfect example.

We had received an email a few weeks back from this veteran’s wife, asking if there was any way that her husband could get involved with our local chapters.  He had been suffering for years with the mental issues that so many veterans have.  The VA had an ample supply of drugs to ease his pains and they were all too willing to subscribe them.  “Here son, go down to pharmacy, get this filled, come back in two months and we’ll give you some more.”  The wife, his primary care giver, was dealing with a man in pain.  A man with issues only slightly masked by the drugs, so she bought him a John Boat with the hope that a few hours out on the local lake would bring some joy and relief.  Instead, it brought frustration.  He wasn’t catching anything and his depression worsened.  Then she saw a news article about Project Healing Waters and she reached out for help.

During this same period, final plans were being made for a veteran’s event in north to be named RIVERENCE.  A local business man, who just happened to be a TU Life Member, had an idea, and in coordination with the Blue Ridge Mountain chapter they partnered with Project Healing Waters, located some very willing donors and got the ball rolling for what everyone agreed was a worthy cause. 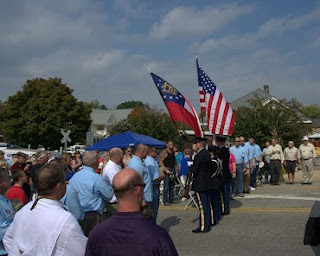 Over the course of this very special weekend our veteran came out of his shell.  Through the color guard ceremony, the concert, the stream-side casting lessons and the fish catching practice session on a well stocked pond on Saturday, we began to see a few smiles.  With each fat rainbow landed the smiles got wider and Sunday’s outing on the was equally special.  Teamed with his TU guide, our guy experienced in his own way the healing that all of the other vets experienced in theirs. 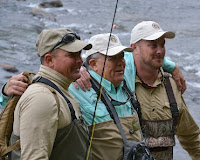 At the conclusion of the weekend as we were saying our good-byes, the wife – with tears flowing – told us that for the first time in many years they had hope.  She told us that the experience of being with and talking to his fellows in similar circumstances had a profound effect.  She said that the visibly real appreciation, love and concern they had received from the TU members was life changing.  And she said that there was not one bit of hype in the promise we had given about the healing power of the water. 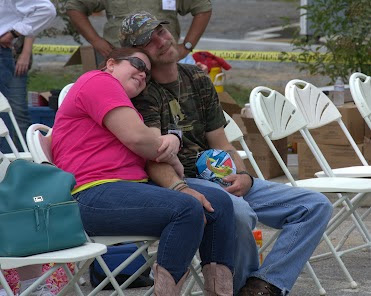