This message is intended for all fathers and grandfathers...in fact it's for anyone older than twelve. DO NOT attempt to ride the new demonic toy known as the Ripstick. As I write this (using my right hand) at the table with Chad (who's gingerly sitting on an ice pack) we are trying to decide if the implement of doom should be cut into small pieces before tossing it into the trash, or if it's usage should be limited to those with fewer years and greater coordination. 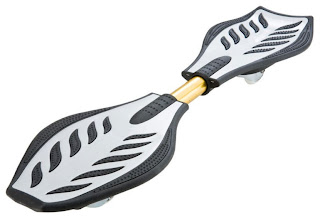 I was the first to go down and I'm certain that if not for the metal plate already in my left wrist I would now be in the emergency room having one installed. Chad followed me to the concrete a short time later and the verdict is still out on his condition.

So, further adventures in the fantasy world of our imagination - the place where we think we are still young - are out of the question. To say nothing of another trip to the Saluda. Which leaves me with some time to work on the brookie. 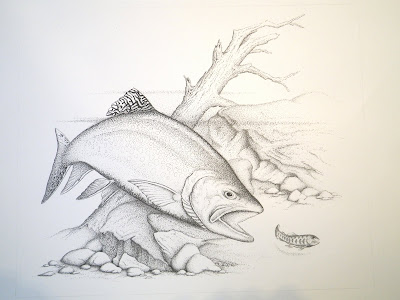