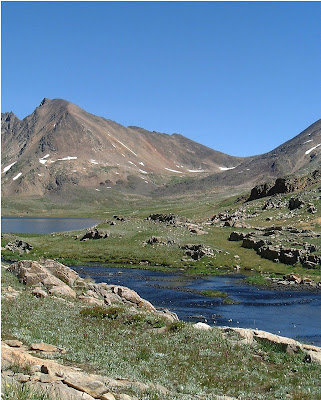 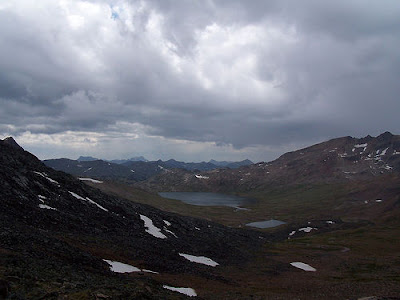 Snow. It sure was pretty coming down but it sure is a pain today. A literal pain...a back pain. Shoveling snow is meant to be done by the young and stout, and not by folks like me so it only took a few shovel fulls before my back made it known that I was better suited to indoor duty on days such as these. So, our near record snow waits patiently on the sun to transform itself from frozen to liquid as I heed the warning from my backside to let time and temperature take its course.

Mike and I had planned to hit the river last Saturday. He was to drive up from the flatlands to join me for a day on the Davidson. I was expecting cold...you know, somewhere in the 40’s or low 50’s...but the weatherman thought different and scared us off with a forecast of low 30’s and snow. He was right for a change, so once again our outing had to be postponed, leaving me with a weekend of light-duty chores around the house.

I haven’t done much fishing in the snow; in fact only one occasion sticks out in my memory. It was many years ago up in Montana, back in 1964...

...From where I was it looked as if two very large bears, walking upright, were headed my way. As they skirted the shoreline and got closer I could see that the “bears” were wearing backpacks. As we came face to face, I had never seen two such filthy, bedraggled humans. Covered head to foot in soot, they said they were smoke jumpers headed back to Cooke City. They had been dropped in a few miles to our west the week before, and with nothing more than shovels and axes had managed to put out a lightning strike fire without having to call in the reinforcements. From where we were, well above timberline, I couldn’t see a single tree, burnt or otherwise. They asked if we had anything to eat. 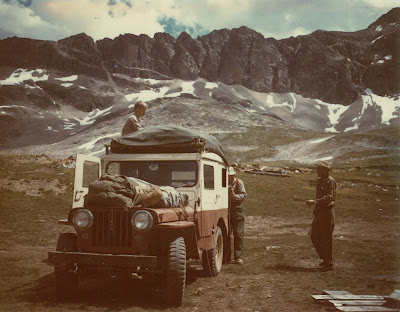 We had arrived at Goose Lake the evening before. There was a big tent set up...a canvas wall tent complete with stove...but in spite of its hominess, my cousin and I chose to sleep outside on the bare ground. The stars were amazing, but of course they would be from an elevation of over 10,000 feet. Jane, a few years older and far more studious, pointed out the constellations. All I saw were stars. It was as if we had been transported to the center of the galaxy as the Milky Way seemed to fill the entire sky. If it had been a week or two earlier, before “ice-out,” cousin Jane and I would have been sleeping on snow, fully zipped into down sleeping bags, and in so much discomfort the stars wouldn’t have been noticed. We’d have chosen the tent.

I had scouted the shoreline before dinner and hadn’t seen a fish. Barren, rocky with not one bit of cover for the trout we knew must be in there.

With morning, and the smoke jumpers well fed and on their way down the trail, Mom and Dad, Uncle George, Cousin Jane, and my two brothers and I split up in different directions with the plan to meet up at lunch to report on what we had found. I headed for the short stretch of water between Goose and Little Goose Lakes. Mom and younger brother Bruce headed for Grasshopper Glacier. We had heard of the glacier for years and they decided to climb the saddle between Iceberg Peak and Sawtooth Mountain to see it for themselves. Named for the grasshoppers that were embedded in the ice from a long ago storm, they promised to bring back a sample or two.*

Watching them grow smaller as they climbed the ridge, I headed for the water. The little stream between Goose and Little Goose was no more than thirty feet across. Even with the runoff going full bore it was no more than a foot deep at the deepest, and most of it was just inches deep...just deep enough to hold a trout mostly underwater. I say “mostly” underwater because as I stood on the bank I saw nothing but wall to wall dorsal fins. A swirling, frothy mass of fish doing what fish were meant to do. If I had chosen to rudely interrupt their courtship rituals, I’m certain that I could have walked across on their backs.

These were native Yellowstone Cutthroats, but it was hard to tell that by looking at them. Because they spent the majority of their lives in the deep water of the lake under a sheet of ice, they looked more like silvery salmon. I saw that they were entering the outlet from the big lake and positioned myself on a rock ledge, just above the water line to cut them off. As I watched, every few minutes a nice Cutthroat would cruise by heading for its reproductive rendezvous. Easy pickin's...or so I thought. With just one thing on their minds though, they were very selective. It was about that time that I heard the yelling....and the hysterical laughing.

The laughing was coming from mom and the yelling from Bruce as he tried to stop mom from an insane rock hopping run down the mountainside. As they were climbing to the glacier the high altitude got to her, and as we later learned she had a good case of Acute Mountain Sickness. Seems that one symptom of the sickness is hysterical laughter and unreasonable behavior. Of course as she skipped down the rockslide she was the only one laughing...the rest of us, having no idea what was wrong, were scared to death. Fortunately the symptoms passed rather quickly as she got down to a more hospitable altitude. It's a wonder she wasn't busted to pieces as she skipped down the boulder field. They didn’t attempt a return trip.

Assured that all was well, I returned to my rock perch and through trial and error managed to catch a few of those Cutthroats for dinner that night, tossing them behind me onto a handy spot of lingering snow. 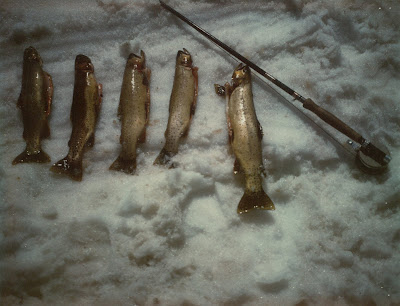 This scenario, minus another effort to climb to the glacier, was repeated during each of the three days we spent at Goose Lake. I don’t remember too many of the other details. No idea what I caught them on or how many were actually caught...just a great memory of a barren lakeshore, high above timberline, the clear Montana sky, the icy cold clear water and a few willing trout. The bouncing jeep ride down the trail to our base camp probably involved a stop at Star Lake for another futile attempt at the Goldens that lived there, and maybe another stop at one of the lower lakes down towards Cooke City for the Brookies...but the details escape me. So be it. These Goose Lake memories with family are enough.

*(Scientists have estimated the grasshoppers have been extinct for 200 years. Entomologists identified the specimens as migratory locusts “Melanoplus spretus, Thomas.” It is believed they became embedded in the ice when swarms of the migratory grasshoppers, passing over the high mountain range, became chilled or were caught in a severe storm and were deposited on the glacier. Ice and snow continued to build, and buried the grasshoppers into the glacial ice. Later melting of the ice exposed the embedded grasshoppers, permitting discovery of the phenomenon.)
Posted by PATRIOT DREAMS at 11:18 AM