The cars began rolling in around four o’clock on Saturday afternoon in plenty of time to settle into the motel and meet up at River’s Edge Outfitters in Cherokee NC for the promised pizza dinner. We had a car from Charlotte, two from relatively local, a car from Raleigh and a couple of guys who had traveled seven hours form Wilmington. The pizza was good but that wasn’t the reason for the drive. 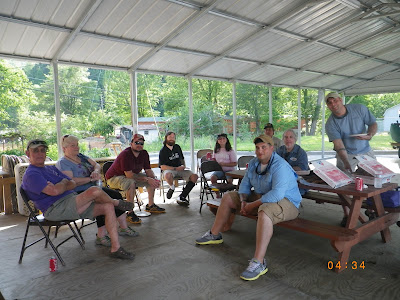 They came for the trout. Seven disabled veterans and participants in Project Healing Waters had devoted their weekend to a pastime that though relatively new to most of them, had changed their lives. There were recovering soldiers from Iraq and Afghanistan seated with a few older guys from Viet Nam, and to listen to them share stories and experiences was to hear a condensed history of America’s armed combat for the past forty years. One of their number snuck away for an hour on the stream, but the remainder were content to swap a few stories and lay plans for tomorrow mornings adventure on the Raven’s Fork trophy waters. 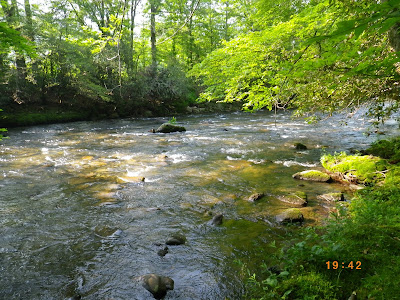 The river on Sunday was in perfect condition and as hoped, the Raven’s Fork gave up a few of its prettier inhabitants – if just for a little while, as all were returned safely to Cherokee Reservation’s cold water. 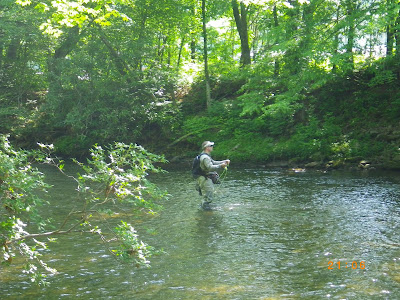 Gabe on the Raven's Fork 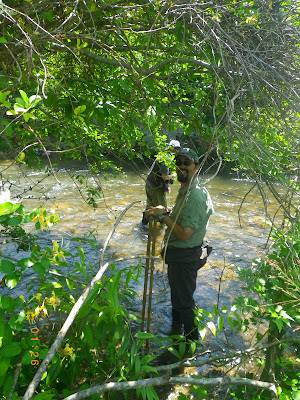 Our favorite guide Hank and Jamie behind him

In conjunction with our outing with the veterans, the Cherokee Nation was also hosting the U.S. National Fly Fishing competition on the same waters, so our space on the stream was a bit limited. Although not required to, being the kindly and generous folks that we are, we gladly gave them all the room they needed. Maybe we shouldn’t have.

We returned to River’s Edge Outfitters in time to be seated and ready for the special advanced fly fishing seminar that the competitors from the U.S. Fly Fishing team had promised to conduct for us. We had seen these guys on the stream earlier in the day and had heard a few stories of their skill and exploits. They were to meet up with us at 1:00pm and from what we had seen and heard, these guys would have a tip or two that maybe with practice we could put to good use. Twenty foot leaders and kneepads; catching fish in a foot of water where the average mortal couldn’t even see them; crawling through the water like sappers sneaking through concertina wire…their catch rate was about one every two minutes.

We waited and waited. We waited some more. And they never showed. Finally, two and a half hours later we gave up and went fishing. Our guys headed back to the competition waters and managed to catch a few more – and I imagine that they might not have been as polite as they had been earlier in the day had they been asked to give way to a competitor. Oh well, I guess those guys aren’t as immortal as we thought.

Monday made up for the disappointment of Sunday – in spades. We were assigned to a special section of the Oconoluftee River and all of our vets had a great time catching fish after fish. With the assistance of two great guides provided by the fine folks at River’s Edge we had a ball. Maybe we didn’t match the catch rate of the pros, but the so-called experts could have learned a thing or two from us on that day. The camaraderie and laughter – the good natured ribbing and the obvious appreciation that each of our vets had for their surroundings and their circumstances would have been a good example for them to follow. Not to mention...manners. 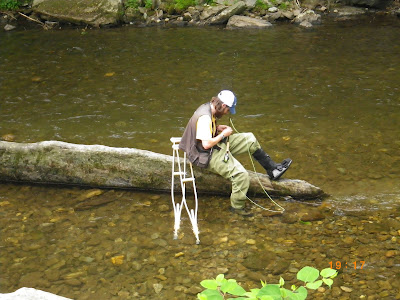 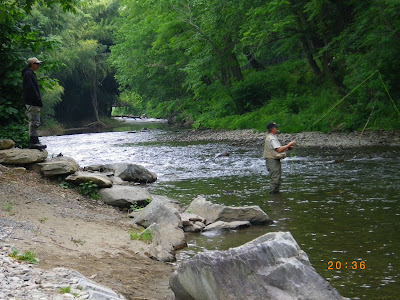 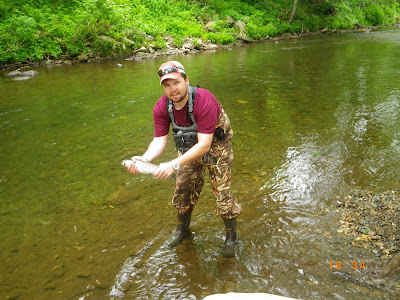 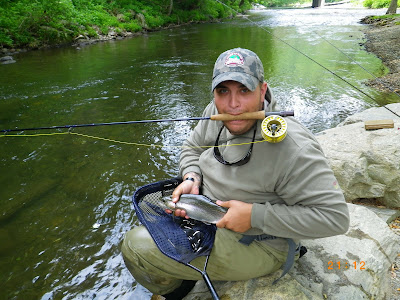 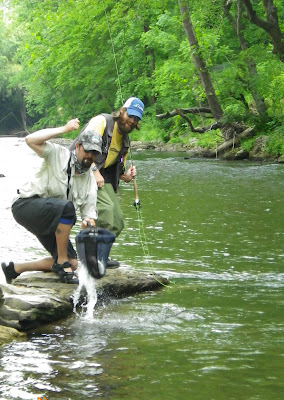 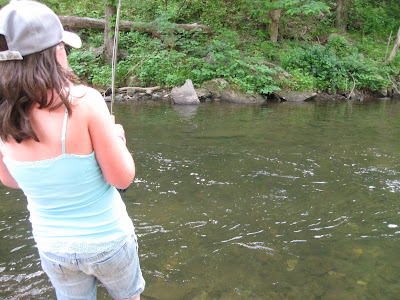 Hailey playing a 20 inch rainbow (PHW is about families too!) 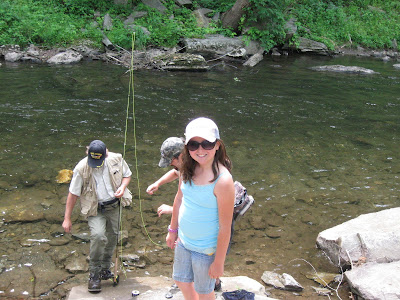 Hailey and her talented ghillies, Lee and Hank 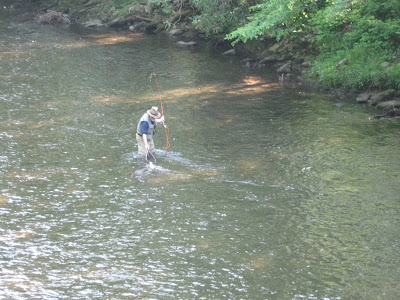 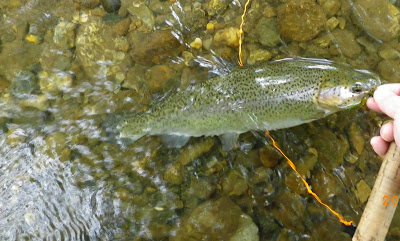 Posted by PATRIOT DREAMS at 9:08 PM