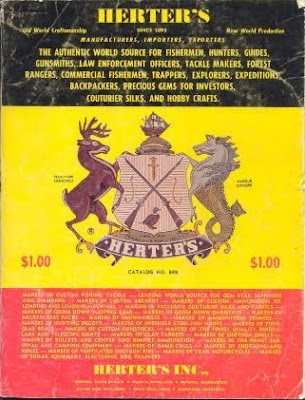 I’m gonna have to call Orvis. A week ago I ordered what is called a “head loupe” to salvage what’s left of my eyesight. It has variable magnification, and as I am forever trying to increase the lighting on my work, the headlights that came with it also got my attention. That and the price. I’ve been abusing my eyesight for decades now. Going back to the early seventies when I got involved in jewelry design and gemology, a head loupe was firmly affixed to my brow while at work and at night as I slaved over my artwork. With all the years of close-up, highly detailed work it’s a wonder I’m not cross-eyed.

Anyway, this head loupe is no good. It’s no slam against Orvis...most everything they sell is first quality, and they can’t be expected to be experts on everything...especially something as specialized as head loupes. The point of focus on these is off and the so-called head lights, which are nonadjustable, point in opposite directions away from the work zone. (Maybe if I were cross-eyed...) So I’m sending them back, and will continue using my old one.

Not to worry. I’m sure in a future catalog they’ll be pushing an updated version. I wonder how many catalogs Orvis sends out a year. Seems like I get one about every other week, which truly tests my will power and threatens my status as the cheapest guy on the block. It didn’t used to be this way. I was always cheap but I never had this much temptation. Long before the days of multiple Orvis catalogs, those from Cabelas, Bass Pro and the hundreds of other fishing gear proprietors, there was only one. Herter’s. And you only got one catalog a year.

Growing up in a house full of anglers, the yearly arrival of their catalog was special. To see the latest and greatest gear and stuff on the market; to study each and every item and imagine its usage; to dog ear the favorites and day dream of the fish they would catch come spring kept us going through many winters.

Dad gave me free rein to order anything and everything that I thought might be effective. To this day, I still have a number of hook assortments from Herter’s in my fly tying kit along with some old deer tails, floss, chenille, rusted tinsel and moleskins. (Did you ever notice how those little skins look like miniature bearskin rugs, tanned and preserved by a tribe of Lilliputian hunter/gatherers?)

I recently came across a familiar yellow and black envelop full of size 24 hooks. I’ll probably pass those along to my grandson...at least he can see them. Since they’ve been in there for over 40 years now, I doubt I’ll ever tie them up. And another thing...you’ll never catch me breaking out my tying stuff at any of the festivals I attend, ‘cause the first thing I’d have to set up would be my vise. As the other tiers would be setting up their $400 Renzetti vises, I would be sheepishly setting up my old Herter’s model...the same one you can find on EBay for just a buck or two.

I’ve been tying as the need arises for many years now, without one bit of improvement in my skill level. My flies were, and are, functional. I’ve never been accused of being an artist with hooks and feathers. Nowadays, I tie out of necessity. And my tying is an ongoing experiment in creativity.

Fishing Bennett Spring in Missouri one year I walked by a shallow pool where a good number of trout had been cleaned and witnessed fish gorging on the entrails, which got me to thinkin’. Later, with a tube of white silicone caulking, in a very unorthodox method of “matching the hatch” I created some pretty good replicas. Did they catch any fish? Not one, but I had a lot of fun trying. My buddy Jerry still ribs me about it, but last year he too succumbed to creativity. Jerry supplied me with a selection of his “Nub Worms” which were tied with a secret product found in the automotive department of every Wal-Mart in the country. Does his creation catch fish? Yes indeed. Does it replicate anything ever seen by a trout? Not unless they are hanging out at Wal-Mart.

But I still experience the joy that comes from catching trout on a home-made fly...I remember the first one and the last one, but the in between ones, like my vision, are a little blurred now.
Posted by PATRIOT DREAMS at 12:17 PM